This is two weekends in a row with cards that are made up of just co-main and main events worth watching but Saturday I’m happily shelling out HD PPV money to watch interim champ Max Holloway fight Jose Aldo Jr to unify the featherweight championship belt. I can’t say enough good things about either fighter, but I’ll try and I’ll start with the interim belt holder.

Max #BLESSED Holloway has been my #mancrushmonday for good long time. I even bet him to beat some guy named Conor McGregor in 2013, and for the record I would still take Holloway in the rematch if it were to happen. But now in 2017, Holloway at just 25 years young, has become a fearless and versatile striker. I like to go back and watch fights over again to see how fighters improve or regress over the course of a career but watching him in the past 4 years is like watching amazon stock just keep getting better and better and reaching new levels of mother fuckery. The way he beat the shit out of Anthony Pettis and Ricardo Lamas opened a lot of eyes to the leaps he has made lately with his deep bag of strikes, accuracy, and above all the volume. He is just coming at dudes with layers of offense. Mixing up strikes and quickly going away from what doesn’t work and piling on when he finds success. Watching him throw combos in slow motion I felt like the guide in Jurassic Park with the short shorts and cowboy hat watching the raptors. “They never attack the same place twice. They were testing the fences for weaknesses, systematically… They remember.” Max learns on the job and the more time he has with an opponent the more equipped he his to land what he has to. Once he has that info he ratchets it up an other level and pours it on, the accuracy and volume take over. What I love about Max is his confidence. This young kid is full of piss, vinegar, and potential. Watching him grow in the sport and reach the level he has in such a short time is great for the sport, great for his home state Hawaii, and nice to see a fresh face that has super star potential.

Jose Aldo Jr.
It’s rumored that if you say his name three times in the mirror with the lights off you wake up with legs that look like they’ve been smashed by the entire English premier league. People forget that this man was on a 10 year unbeaten streak leaving a path of blood, broken bones, and torn up underdog betting slips in his wake. Unfortunately the Keyser Soze of the featherweight division has had his legacy besmirched by the the aforementioned Conor Mcgregor with one punch. He came back after the loss and beat Frankie goddamn Edgar by decision without as much as breaking a sweat as the four fight from the top of a star studded UFC200 card. Match up wise Aldo is a nightmare for anyone, you can’t take him down, and you can’t beat him standing. He has the hardest leg kicks in the division and he will be happy to throw them against his first opponent in years who isn’t trying to take him down all the time. If Max doesn’t check those early and often he will be severely diminished in the areas he’s needs to be to have any kind of success. I don’t want to say it’s too much too soon, it’s just too much period. Max is a great fighter who could be the champ if it wasn’t for a once in a lifetime talent named Jose Aldo. Considering Max’s style this is brewing to be a stand up war that 5 round fights were made for. I’ll be on the edge of seat giddy with joy when it comes to “iiiiit’s TIIIIIME!”

The greatest trick the devil ever pulled was convincing the world he didn’t exist. On Saturday night Scarface is going to come back and reclaim the undisputed title with what could be the fight of the year. Jose Aldo via Dec. or they bring out a wheelchair for Holloway to be taken to the hospital after he’s deemed handicapped via leg kicks and the fight is stopped late. 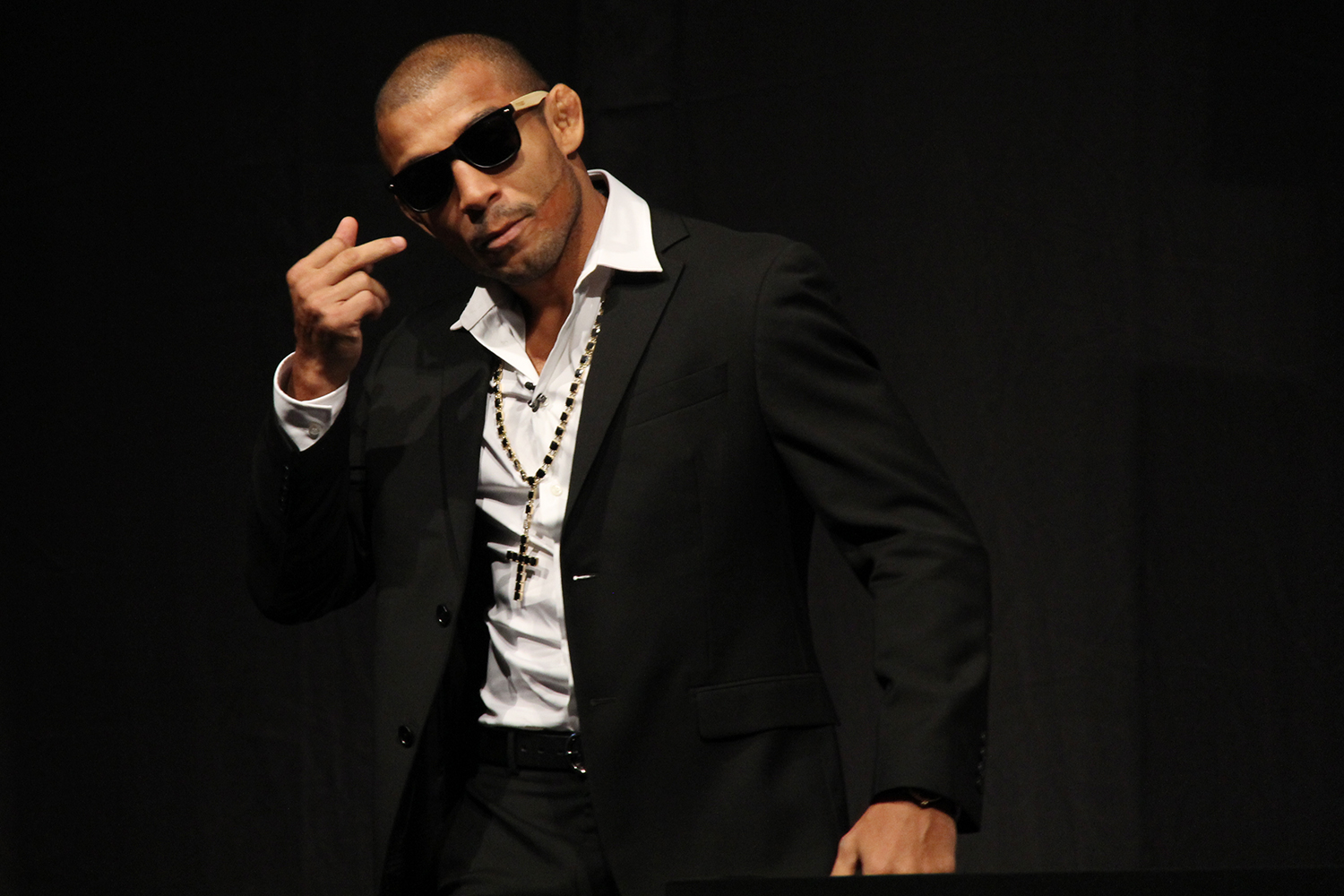